Snow and Weather forecast for Meribel:

It’s another mostly fine day in the Alps (above any valley fog) but, behind the scenes, changes to the overall weather pattern continue, and we are still on for a number of snowfalls of varying intensities over the next few days.

The western half of the Alps will benefit most from the upcoming storms.

The next front will reach the western Alps tomorrow (Thursday), and move eastwards into Austria early on Friday. This front will again be weak, affecting mainly the northern half of the Alps, with a rain/snow limit starting at around 1400-1700m but lowering towards 1000m later. We are excepting around 5cm of snow above 1500m generally.

The second storm, which will arrive on Saturday, will be a little stronger and mainly affect the south-western Alps - in this case the French Alps (both north and south), the western Italian Alps and the south-west of Switzerland.

Snowfall totals are expected to be in the range of 5-20cm above 1500m, and perhaps 30cm+ in some favoured locations. The Austrian Alps, eastern Swiss and eastern Italian Alps will miss most (if not all) of the action from this particular storm.

Then, later on Sunday and into the first part of next week, things get really interesting with a more potent Atlantic storm slamming into the Alps from the north-west. Temperatures will fluctuate, so some rain is likely at low altitudes at times. Generally speaking, however, some significant quantities of snow are expected across the north-western half of the Alps, with the northern French Alps most in the firing line as things stand. 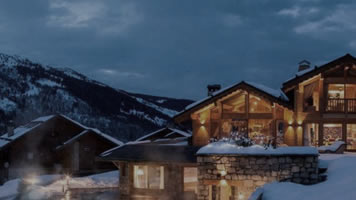